At the airport in Malaga in the late evening a distinct and friendly man welcomes us: it is Manuel Crespo, President of the Andalusian Federation. He welcomes and accompanies us to our destination, La Herradura. Along the way, he tells us of the beauty of the place, a destination for many Spanish divers, so increasing our curiosity and our expectations.
Curiosity grew even stronger, then, with the testimony of some residents. More than one of them, in fact, after arriving by chance, maybe just for a short holiday, has chosen to live at La Herradura: a Spanish coast made unique by an almost Caribbean subtropical microclimate, by the beautiful scenery and the biodiversity.
The proximity of the African coast slightly recalls the atmosphere due also to some of the homes whose architecture draws on the style from nearby North Africa. Atmosphere that blends well with the sounds and the Spanish and European costumes, creating an ideal limbo cradling the visitor that lets imagine this place as a sort of giant magnet, a good “Circe”, a sorcerer that captures the travelers.
For two weeks we were pleasantly captured by the waters of the sea at La Herradura and allured to “dive” in major competitions. The succession of Atlantic currents in the days before the championship has only initially troubled photographers arrived to patrol the areas identified as the competition areas.

The race and the winners
Two competition days, 4 dives, 14 nations present, 21 teams participating, including the current world champion, the Croatian Damir Zurub along with the model Katarina Mihaljinec.
The best shots on 5 themes were judged by an international jury and Spanish Rafael Fernández has been crowned as European champion; later, in the general standings, his countryman Jesús Osorio, both accompanied by the assistant Oscar Luna and the model Eva Duarte, in the Civic Center area of the Spanish town where the ceremony took place.
The third podium position has been conquered by Frenchman Stephane Regnier, accompanied by model Sophie Perez.
The winners, all authors of an excellent photographic production, were followed in the ranking by the two Italian teams made by the photographer Francesco Visintin and his assistant Stefano Gradi and photographer Stefano Proakis along with model Isabella Furfaro; they were placed respectively at the fourth and fifth place.
The Italian team have brought home three medals: a silver in the category “Fish” won by the couple Visintin / Gradi and two bronze medals for the couple Proakis / Furfaro in the categories “wide angle with model” and in the “close-up theme”. Also excellent was the photographic production of the Italian team whose photos were still placed in the top ten in four of the five categories envisaged.
A result that the Technical Director Mario Genovesi – who accompanied the “Azzurri team” in Spain – has much appreciated. He complimented the team “…for the great work done for the production of a very high technical level, as well as for the variety of the subjects… We are honored to have participated in this competition and to have lived this beautiful and intense Spanish experience, shared with leading underwater photographers of Europe”.
The title of European champion for the Video category was awarded to the Spanish team of José Carlos Rando.

An original opening ceremony of both championships took place with a lively parade of the team on the seafront of the town and ended in the beautiful setting of Castle Herradureño. The ceremony was attended by the Vice President CMAS, Xavier Duran and the President of Visual Commission, Lasse Gustafsson and; the Head of the Cooperator-Video / Events CMAS Eduardo Centelles, the Presidents of the Spanish and Andalusian Federations José Antonio Olmedo Perez and Manuel Crespo and local authorities of La Herradura and the nearby town of Almuñécar, Trinidad Herrera and Juan José Ruiz, as well as members of the jury Kurt Amsler (Switzerland), ), Jan Azier (Holanda), Rui Guerra (Portugal), Iean Raphael Tordoir (Francia), Esteban Tore (Spain).
“…The sea has been, is and will be the soul of this people”. With these words the mayor, who recalled the maritime tradition of the Spanish population of that part of the coast, greeted the large audience at the closing ceremony.
A note of credit goes – as well as the organization of the championship and its makers – to the diving centers, especially to Buceo Natura, whose leaders, instructors, guides and skippers accompanied the competitors on the diving sites before and during the competition days.
Thanks to their passion, professionalism and friendliness they have made even more pleasant the stay of competitors in Spanish waters, effectively facing critical factors such as the large number of underwater photographers armed with their “challenging” equipment and variability of marine conditions.

Dives
Diving in La Herradura and nearby Almuñécar is very interesting, enjoyable and suitable for all levels of experience, with big rocky cliffs dominating the sea water.
We noted one in particular, “Punta de la Mona”, perhaps the most beautiful, and visible in its entirety when sea conditions allow to patrol. And it is the place where we were accompanied on the first day.
“During the first dive the water got dark, it was cold and the visibility was poor. People told me and my photographer that it was because of the Atlantic currents, unstable currents, and that everything could change in a short time. In fact, only a few days before we arrived, the water was crystal clear and the temperature was much higher. It becames evident that the strategy of our race had to undergo rapid and constant changes because of too many variables. The competition for us had already begun.
We returned other times to Punta de la Mona, met shoals of sea bream, bogue, conger, moray eels, groupers, Cerianthus, expanses of Astroides and numerous and colorful nudibranchs Hypselodoris picta, the shellfish chosen for many of the photo then presented by photographers at the end of the competition.
But the most fascinating subject of that locality was undoubtedly the spectacular coral formation, the Dendrophyllia Ramea, located mostly over 28 meters deep, and so, unfortunately, over the limit of 25 meters as imposed in the race”.

After the spanish experience the Italian Team will be involved in an even more prestigious competition. This is the 16th CMAS World Championship Underwater Photography which will take place in Mexico in November 2017.
Whichever will be the composition of the italian team we want to express our best wishes to those who will go and represent Italy in La paz. 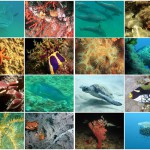 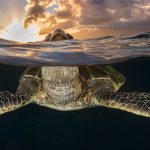