After the World Championship

Some considerations on the Underwater Photography World Championship held in La Paz, Mexico, in November 2017. It’s an event too important and the echo does not exhaust with the news of the moment.

“… The purest water of the mountain stream comes, it slides over the skin and takes away all the infinitesimal fragments of the word “time” that, lost, disappears. … (*) “.
I stole the words of a famous scientist to describe my state of mind on the return from the Underwater photography World Championship in Mexico. It is the third in chronological order I took part in.
The sleep arrives late in the evening when I return to Italy, and the awakening of the morning is slow and tiring. In the hours when the consciousness is semi-dormant, images and sounds come to my mind and, like in a dance, fluctuate together with strong sensations.
My mind thinks back to a time that seems suspended from the moment of departure from Rome to the locality of La Paz in Baja California, Mexico – together with the Italian team of underwater photography: the photographer Stefano Proakis and me as a model and assistant, the photographer Francesco Visintin accompanied by the model and assistant Francesca Romana Reinero, the technical director Mario Genovesi and the federal technician Michele Davino.
Once in La Paz, physical distance has also become a sort of mental distance accompanied by a different way of relating to different places, events, a different sea and different people. The clock, which was necessarily moved back 8 hours, punctuates a differently regulated time and not only because of the different time zone and because of the different inclination of the solar rays that makes the climate extremely pleasant in the place we just reached.
A time that regulates our days marked by spending entire days in the water, on a boat with new companions; a time dedicated to concentration, research and study of the images to be created after the daily patrols on the sites, really potential race fields; but also a time dedicated to dinners and laughs with team colleagues and new friends.
At the diving center in the marina we meet the numerous Spanish team, usually smiling and sociable, they have been in Mexico already for a week – say the Director Gabriel and Gisel from the diving.

It will be the young and talented Spanish Rafael Fernandez Caballero, accompanied by the assistant and model Oscar Luna Romero to win the title of world champion, followed by his compatriot Jesus Yeray Delgado Dorta, accompanied by the model and assistant Abigail Marti, as vice champion.
It is natural to wonder what could be the key to success that has accompanied the various Spanish teams for years during the most important international competitions. The third position on the podium will go to the Turkish team, composed by the photographer Cenk Ceylanoglu and his model.
I go back with my thoughts reliving the moments spent with Alexandra and the young captain of our boat who have accompanied us with courtesy and professionalism on the sites object of patrols in our training days.
What a thrill the meeting with the sea lions is, the discovery of the incredible place where the whale sharks live, very long animals appeared from a milky water, apparently out of nowhere, in the company of pilot fish. We try to chase them in an almost useless and breathless race because they decide when to get closer, they decide to adjust distances in order to give exciting moments and the possibility of some shots for the photographers.
I remember well the moment of the briefing before the competition, in which the jury president points out some passages of the regulation with indications, unfortunately not in our favor.
My gaze crosses that one of Stefano, my friend and excellent photographer that I have been accompanying for years and it seems clear – once again – we need to change strategy. Fortunately, our constant training in Italy, the long experience of our team, the determination and lucidity of Stefano along with the self-control and the competence of our Captain Mario and the Technician Michele, allowed us to implement a sort of alternative plan for a part of the race.
“It is not an easy sea” and, in fact, at that time of the year the water is often murky and the images of the rich life in the waters and the many wrecks of La Paz are not easily “captured” by the shots of our skilled photographers. Live and clear is the memory of the moments of the end of the competition in which, as usual, we live intensely the complex phase of the choice of images that we have to present: which will be the right one for the international jury of photographers with different experiences and cultures?
Finally, the satisfaction for the excellent result of our team, silver medal in the category close up – sea lions theme – and bronze medal in the macro category, is equally lively and clear and accompanies us throughout the journey back to Italy.
Once at home in Italy, I put my thoughts together, like a puzzle made up of numerous pieces.
The voice of my friend Domenico on the phone, returning from an important care path, tells me: “… Isabella, take to heart what you have learned from this experience …”. This phrase echoes in my mind for days. I’ve known Domenico for years, his words, always measured, have always had a precise meaning and, perhaps, this time even more. I believe that he was not only referring to the purely technical-sporting experience, but also to the human experience that, in fact, always collects the most varied, pleasurable and less pleasant adventures.

I can hardly wait to talk to Franco, the captain of my first World championship in which I participated with Ciccio, Andrea and Anna, for a profitable comparison, while other friends and acquaintances call me or write to compliment for the results achieved.
Next to and in support of the team, as on the occasion of the historic Cuba Championship in 2013, are Sonia Davino, the little Francesco and the new arrival of the Davino family, Chiara, together with Elena and Luciano as well as the new friend Francesca and the young Anna Visintin.
One last curiosity … who knows how the meeting of the Japanese team member with his newborn child was? His wife gave birth to a child during the day of the competition!
A special greeting goes to the Slovenian friends with whom, once again, we have sportfully and happily shared the boat during the race days.
Finally, many congratulations to the winners and to all the participants of the championship: each of them, I am sure, had invested the maximum of their own energy and hopes. 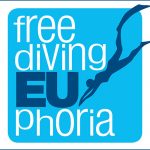 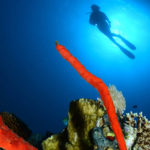